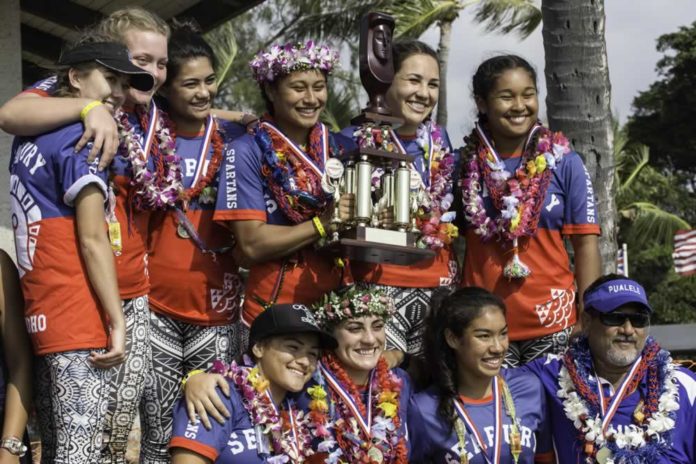 Seabury Hall was the big winner as the small Maui school won gold in both the girls and mixed races at the First Hawaiian Bank/HHSAA Canoe Paddling State Championships held at Keʻehi Lagoon.

On an overcast day with some southwest winds, Hawaiiʻs finest high school paddlers competed in boys, girls and mixed half-mile events, which were also telecast for cable customers on XCast OC16.

In competition often dominated by Oahuʻs ILH powerhouse crews from Punahou and Kamehameha Kapalama, it turned out to be a big day for Maui paddlers, many of whom race for Coach Paul Luʻuwai’s Hawaiian Canoe Club. 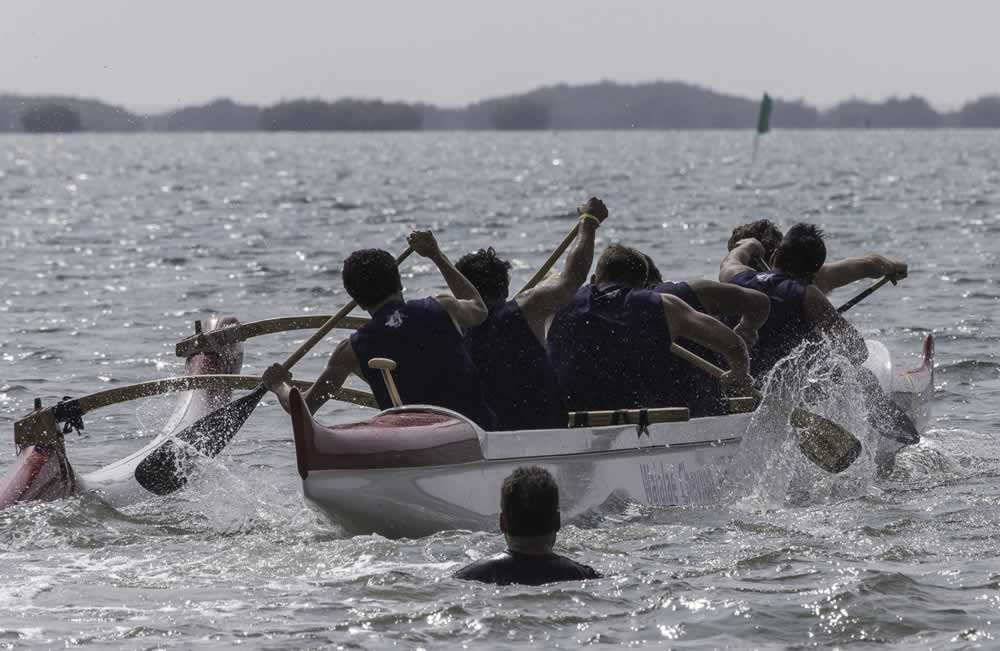 Unlike the usual trade wind days at Keʻehi, the first quarter mile was into the wind so crews in the lead coming out of the turn with the wind to their back proved hard to catch. In the girls final, Seabury had the edge after the turn and the blue and red clad girls poured it on to take the race in 4:16:80 ahead of second place Kamehameha Kapalama (4:18:96) and surprising Molokai in third (4:24:89). Members of the winning crew were steersperson Hiʻilei Luʻuwai (daughter of the coach), Nanea Andrade, Kaya Givensel, Kaila Medeiros, Taysia Pimentel and Shealyn Stisher. 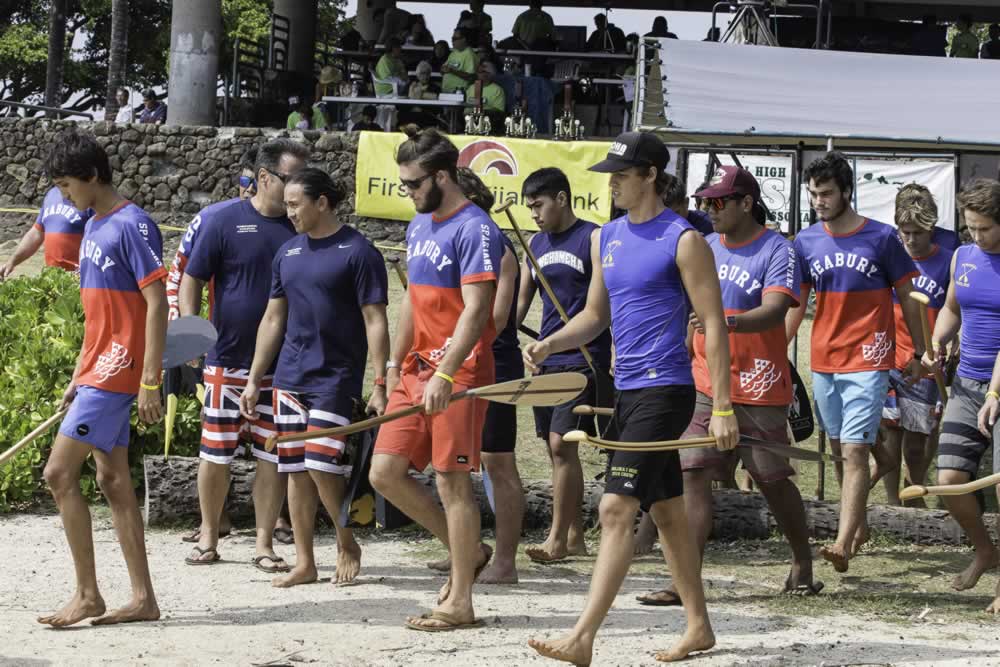 Next up were the boys, and Punahou left no doubt with a dominant win crossing the line in 3:31:08, making it three consecutive titles. As seniors, it was their last race together, and three of the boys Colbert Manson, Hunter Pflueger and Nathaniel Yee were members of all three winning crews. The other crewmembers were Ethan Siegfried, Noa Kerner and Jaimin Keliihoomalu. Seabury Hall was second (3:40:32) edging out Kamehameha Kapalama in third (3:41:75).

Seabury turned it up down the stretch to take the mixed title for the second consecutive year in 3:48:99 over runner-up Punahou (3:51:89) and Kamehameha Maui in third (3:59:74). It was a second gold for Hiʻilei Luʻuwai, Kaya Givensel and Taysia Pimentel who were joined by Andrew Gibbons, Dylan Kresge and Kainalu Kubo. 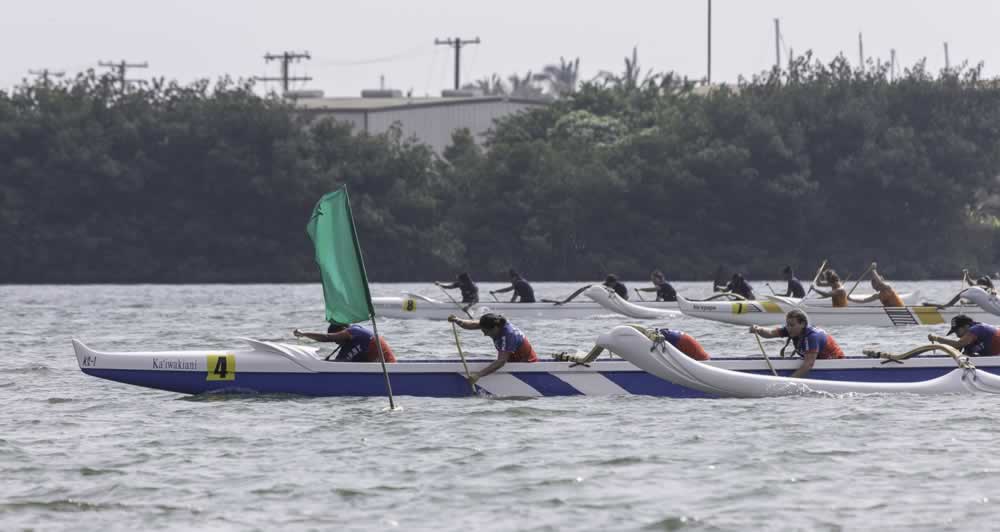 For Coach Luʻuwai whose Hawaiian Canoe Club has dominated the annual summer State championship regattas, the day couldn’t have gone much better. “Our whole team, what a feeling,” he said. “Weʻve never had this type of success in the State championship before. Always close, knocking on the door. Iʻm just feeling euphoria!” Our school may not be big, but we are “very big in heart.”