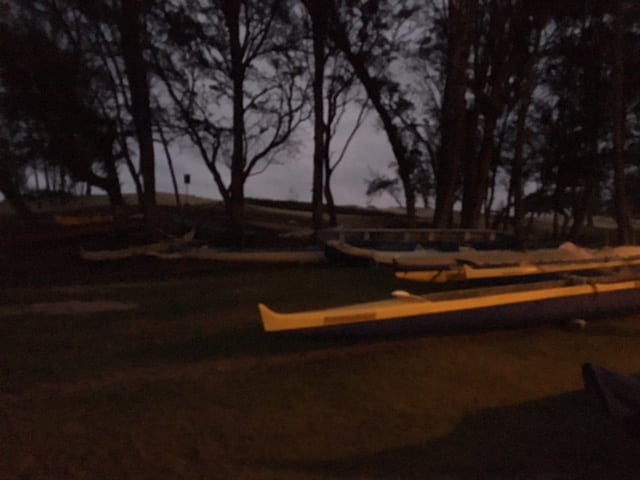 The initial reports coming in the early week of August 19th-26th was to batten down the hatches and prepare for direct hit from the hurricane which looked like it covered almost the entire Pacific Ocean in one big circular cloud.

As the week progressed the storm path looked like it was going to drift north and run right over the island of Oahu and take out Honolulu. Since all reports from multiple resources forecasted that the storm would definitely impact Oahu, Kailua OCC and Outrigger OCC made the decisions to cancel this year’s Kailua bay challenge race and the Dad’s Center race. Which at the time, with such a disastrous forecast I really can’t blame them. 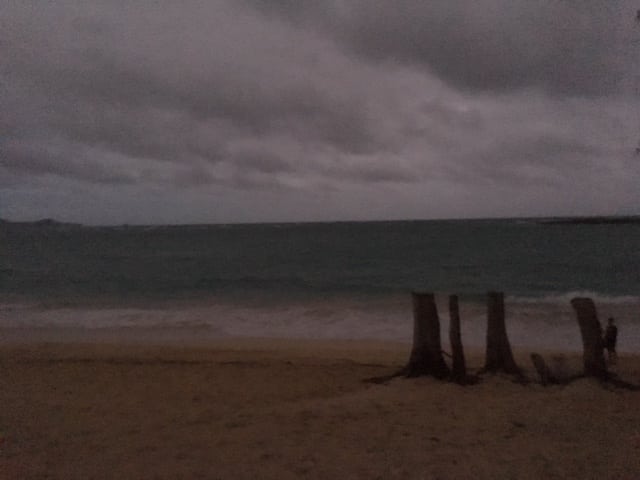 The hurricane rounded the big island of Hawaii and took aim at Oahu on Thursday 8/23 and then doing what no weather forecasters predicted it almost stopped moving forward and held off shore a hundred miles or so and just spun. Over the next couple of days hurricane Lane acted like a spinning tire on a car that was being blown apart and the hurricane broke off in several parts and branches and essentially just spun away. The land masses of the Hawaiian Islands seemed to trap it off shore to the north and east and our super hero trades or trade winds coming in from the southwest essentially cornered the front and then blew the top portion of the hurricane off.

Here in Kailua Oahu, we experienced some bouts of strong winds coupled with severe rain downpours but overall the storms earlier in 2018 were much worse. The OCC clubs here in Oahu along with the neighboring islands had all hands on moving canoes from the water front and securing canoes to anything that might not blow away or float away. After witnessing pictures of the damaged canoes from the north shore Kauai clubs after the severe flooding and destruction earlier in the year, local clubs made major accommodations to secure for the storm. When the weekend arrived the conditions out on the water off Kailua were actually not much worse than the typical Kailua Bay day. The hurricane fizzled down to just a typical summer storm.

As a mainland paddler, making the big decision to put together a crew, canoe logistics, registration, book travel, etc, etc, etc. is a huge gamble. If weather conditions change last minute when race weekend is upon us then this could turn out to be a huge waste of time and money.

Here are some tips on out of town race preparation:

Patrick Dolan on his ‘Molo Solo’