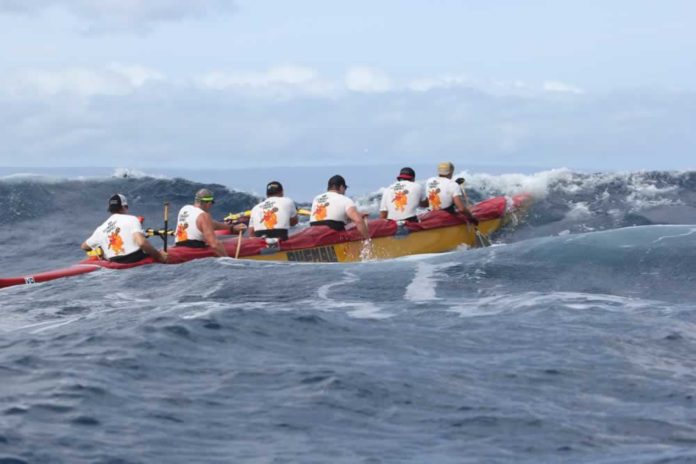 So much fun, epic, scary, the longest rides ever.

These were some of the descriptions of the 26 mile race across the Pailolo Channel. At the first crack of dawn, white caps could be seen whipping up channel waters between Maui and Molokai. Crews launched their OC6 canoes from Flemings Beach through a 4-foot shore break, taking their time and timing it right between sets. Officials were shuttled out to boats on jet skis. Eighty-five crews made it to the starting line. Right from the start, canoes were catching waves which kept growing in size as crews made their way deeper into the channel. About 20 minutes into the race, the thrill rides began. Large rollers converged creating steep drops and long rides. Between the islands of Molokai and Lanai, the wind is funneled down the channel. Gusts pushed canoes all the way to the finish at Kanakakai on Molokai. The winds were so strong that some ultralight canoes spun out. Some canoes hulied in the turbulence. 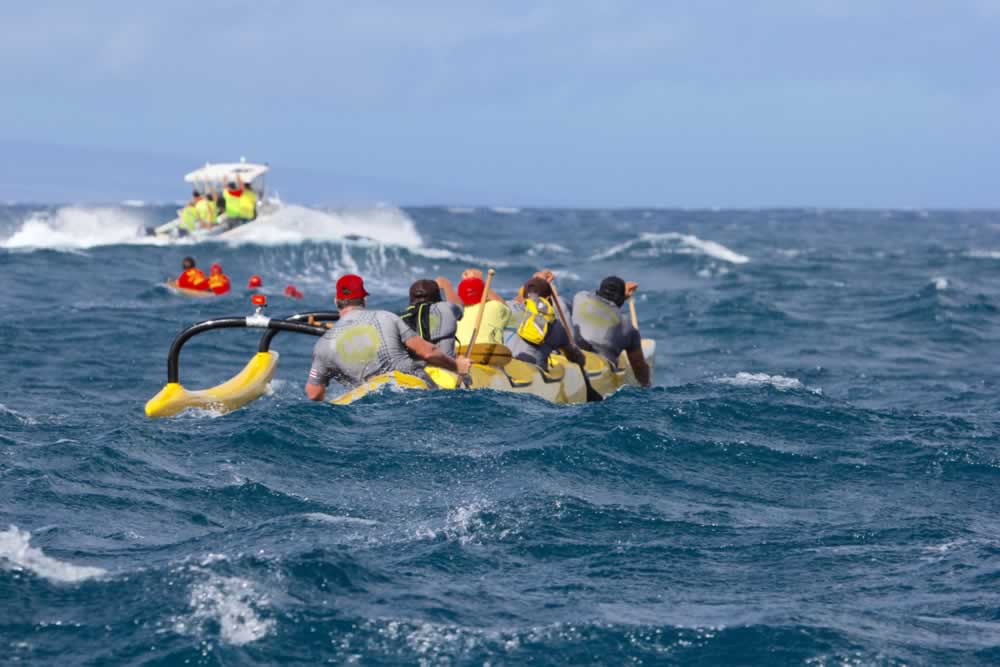 First overall was Team Maui Jim Primo from Maui crossing the finish line in 2:45:52. Wa’akapaemua CC Kane from Molokai who ironed the race placed 2nd overall (2:53:13). Outrigger Team California was 3rd (2:53:57). Rounding out the fastest 10 were: 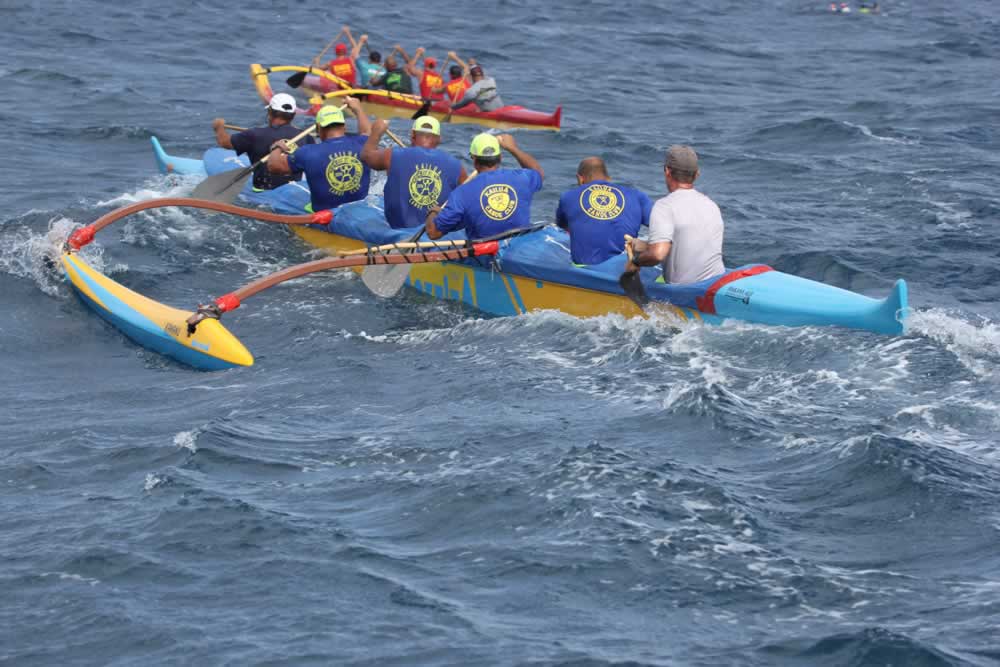 There were 18 divisions in all and 84 crews who raced. All of the day’s results are at pailolo.com/race/results/.