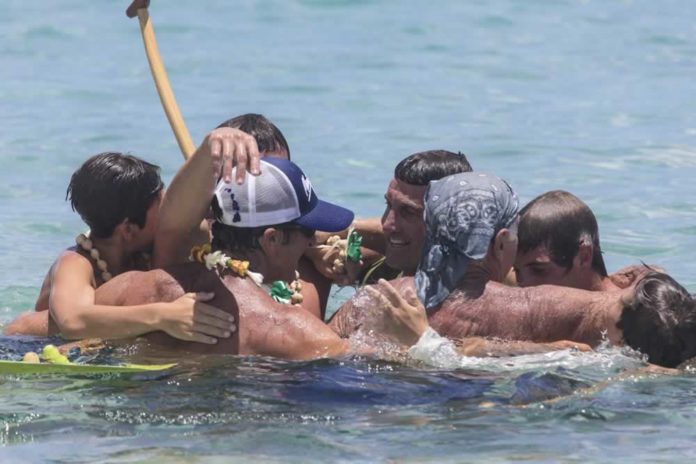 On a beautiful afternoon at Nanakuli Beach, crews paddled out for the start of the Junior men open division OHCRA regatta race. Puzzled observers noticed a small figure in seat #5 for the Lanikai crew. As the race started, the explanation began to spread among beach onlookers. In a surprise move, Lanikaiʻs Foti family had entered a crew spanning three generations! 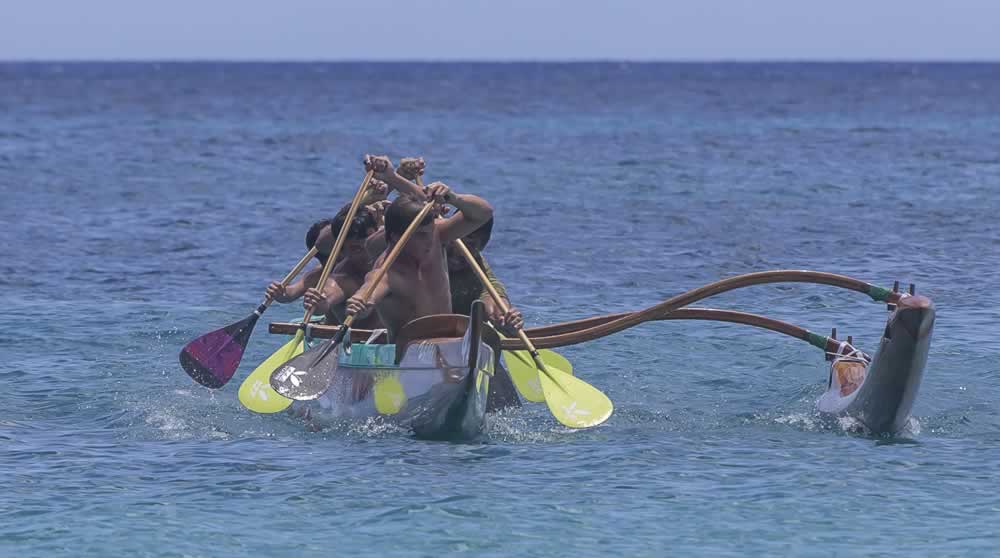 Although talked about in the past, at a family get together in the weeks leading up to the regatta, a decision was made to go for it. Jim: “Iʻd dreamed about it for years!”

As the crews hit the second turn in front of the beach in the out and back one mile race, the Foti ʻohana crew was not too far off the lead. At the finish, they missed a third place medal by 20 tenths of a second but no one celebrated more afterwards. To anyoneʻs recollection, it was an unprecedented first in regatta competition!

Reflecting on the race, patriarch Phil remarked, “The heady rush of waʻa racing with a strong accomplished crew that knows it can blend together is at the very least exhilarating. To have an opportunity to feel it with oneʻs own progeny – no less on Fatherʻs Day- is indescribable, but eloquent testimony to how good life can be!”

For more photos of the entire 2016 OHCRA regatta season, go to pekelo.smugmug.com and click on the Sports 2016 section >Paddling to see the different regatta photos.