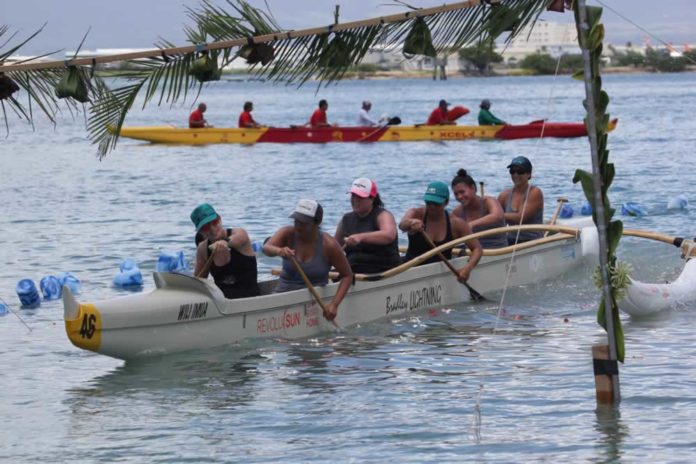 A fundraiser for Healani Canoe Club

The Oahu Hawaiian Canoe Racing Association sanctioned the race which is also a fundraiser for the club. Healani opened the event with a ‘pule’, a hula that seemed to invoke paddling, and a welcoming haka. 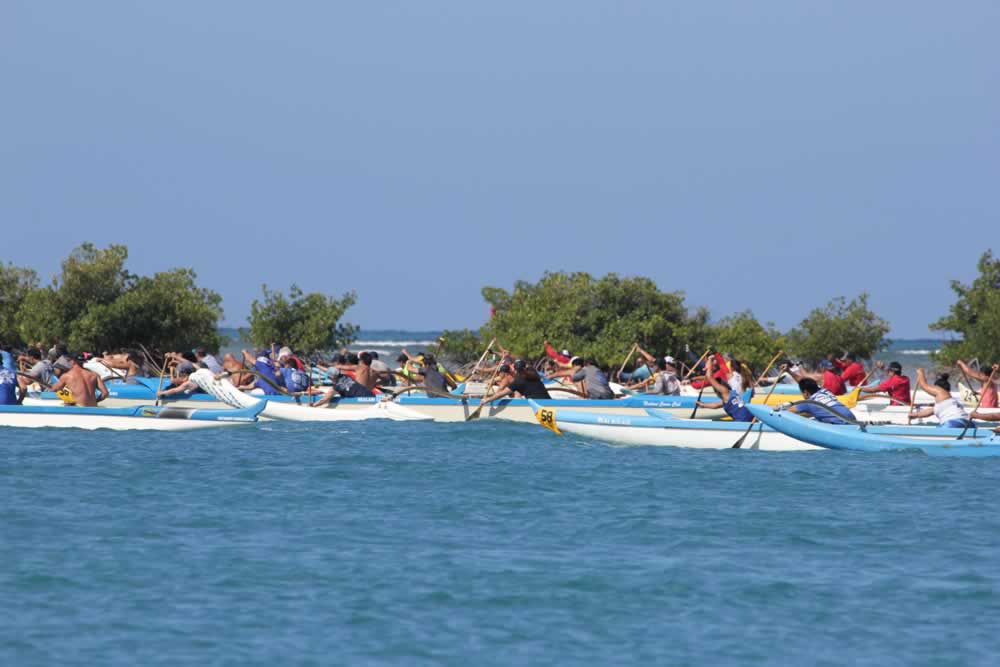 The club had breakfast waiting for early arrivals. After a coaches and steersmen meeting, the canoes launched and lined up between the club site and the Mokauea Fishing Village.

The first race of the day was the short course, juniors and coed. Their course was around Mokauea Island and back. The lagoon was still, no clouds and calm with a slight swell rolling in over the reef. Crews had to get across the reef through a narrow channel. From there they skirted the reef until they reached the main channel and made their way back to the starting line. The Long Course did the course twice. There were plenty of crews out to have fun, and everyone was rewarded with a delicious lunch which included fried salmon, mac salad, green salad and rice. The winners received packets of Hawaiian sea salt and trophies were handed out. 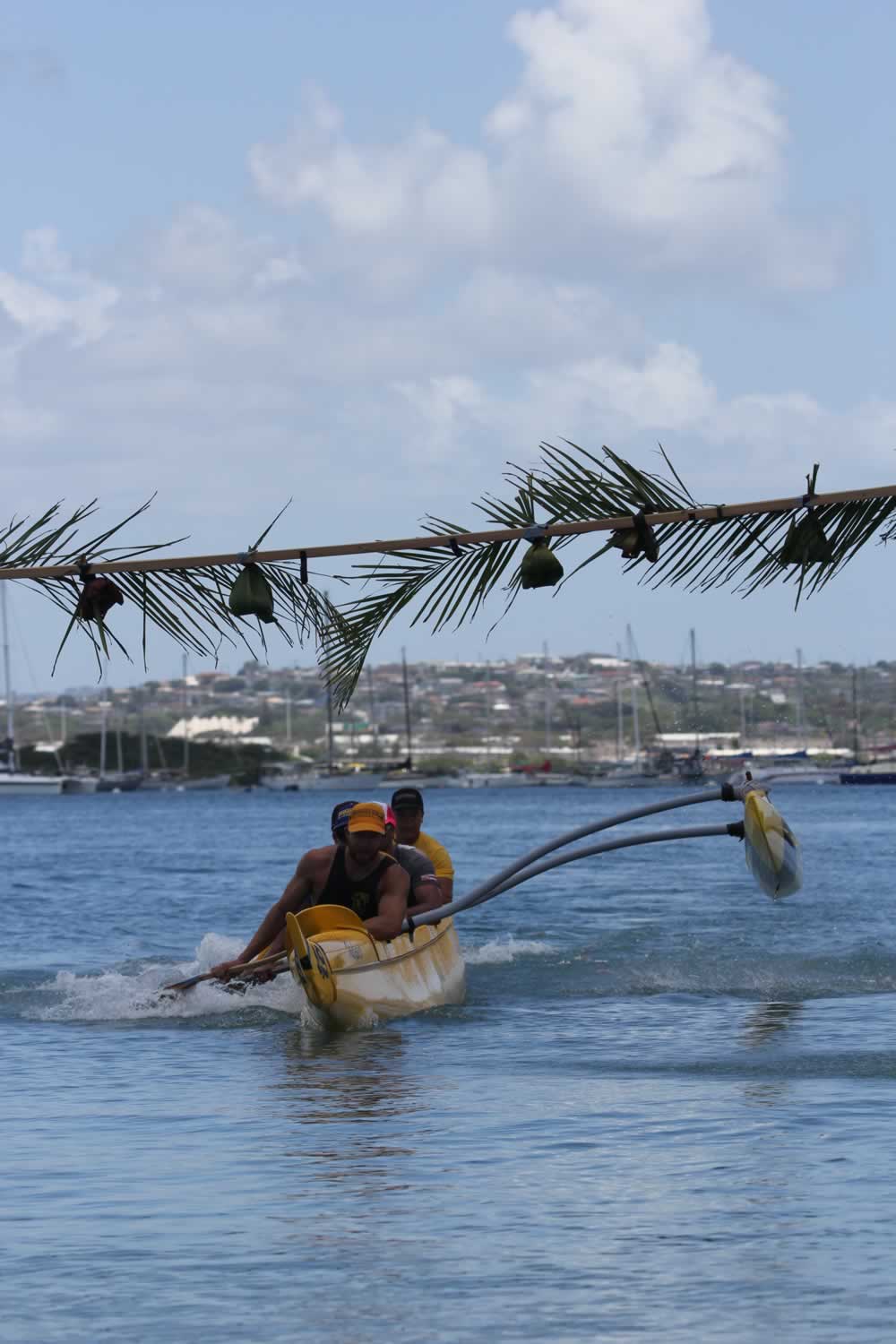