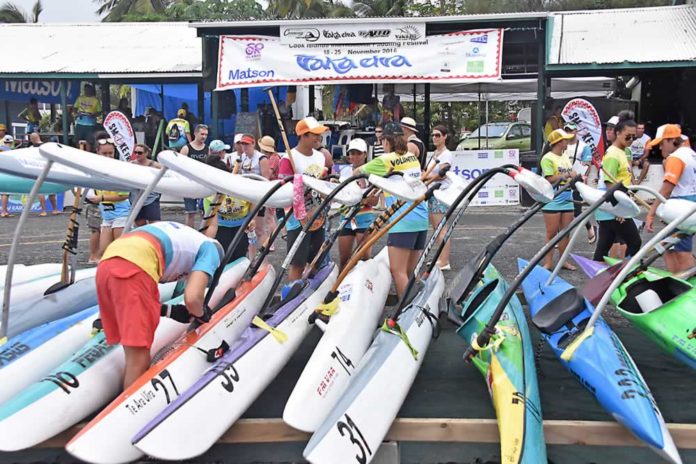 It’s been described as the most fun event on the outrigger planet, and although numbers were down for Matson Vaka Eiva 2016, the event was still one to remember with challenging weather conditions keeping things exciting on the water, and lots of fun offwater. 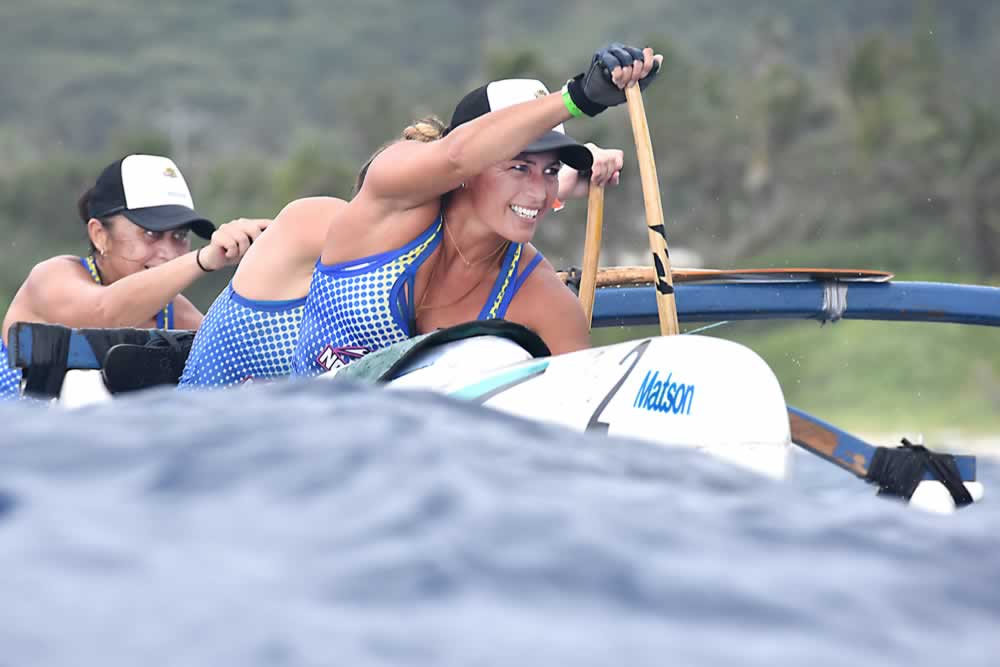 The jam packed programme kicked off with singles racing on Saturday, with hot conditions seeing some competitive racing, with Aussie’s Tania Moohin taking out the women’s race, hot off a good year placing 3rd in the Molokai surf ski race, and local talent Andre Tutaka George taking out the men’s race in his V1, with golden oldie Danny Sheard from Mooloolaba showing the younger ones how it’s done placing 2nd overall on his OC1. It was also the oe mapu day out at Muri with junior paddlers from NZ, Rarotonga and Aitutaki kicking off their paddling week with regatta racing in the U14, U16 and U19 divisions. The juniors continued their racing on Monday with 2km and 4km races in Muri Lagoon on V6, V3 and V1. 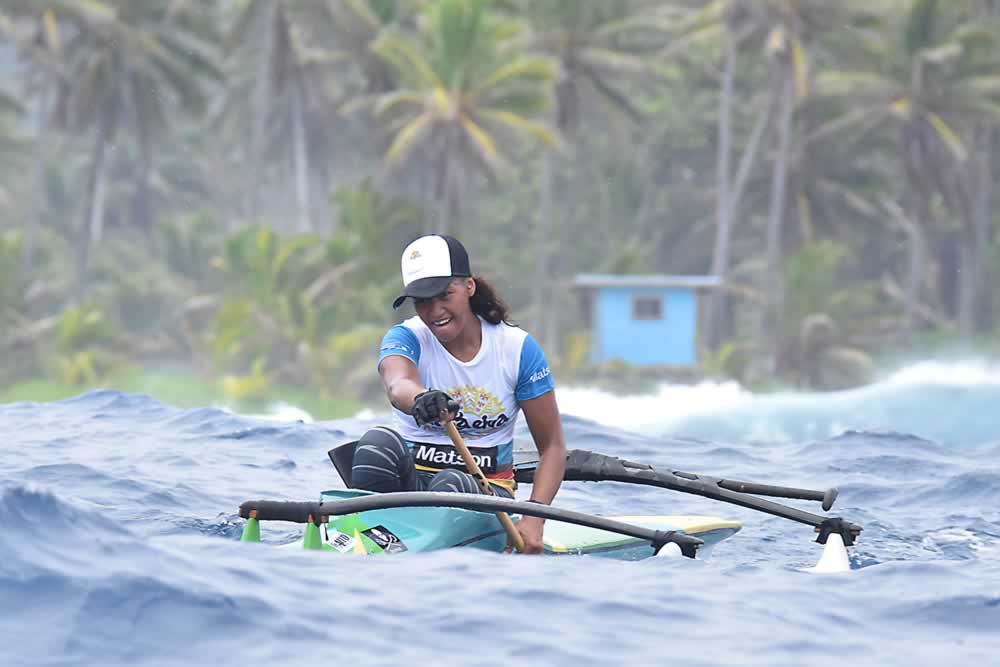 A break on Sunday saw paddlers raring to go for Monday’s iron races, rough confused seas made the iron races a real challenge, with paddlers battling hard in the upleg, and revelling in the surf run back down from Matavera point. Local club Ngakau Toa’s Toa Fetu Boyz took 1st overall in the men’s race with Ngakau Toa Vaine winning the women’s, and Australia’s Xylobladz took out the highly competitive mixed iron race ahead of Mooloolabah senior masters crew with Roz for Dogs in third. The Iron races served as a chance for the crews to get a measure of their competition and iron out any last details before the Round Rarotonga relay changes races on the Wednesday and Friday. 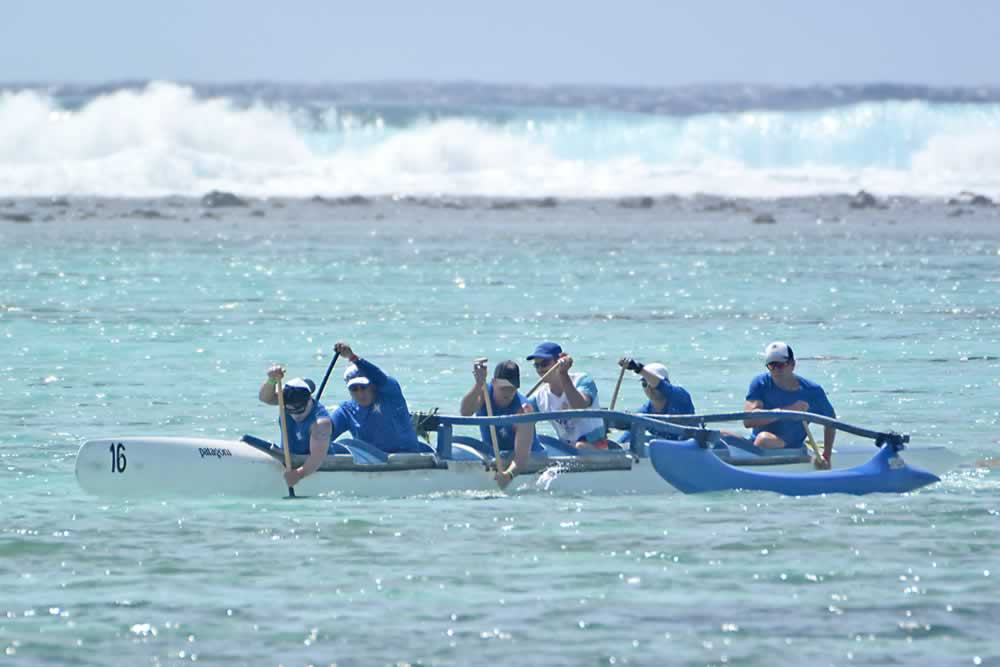 The Muri sprints day on Tuesday starting with traditional turou and drumming proved its usual day of fun in the sun with sprint racing and pop the ama compeitition wrapping things up
Wednesday saw all men’s and women’s crews lining up in the morning for the Round Rarotonga race, very testing conditions with crews heading clockwise into the wind for a good upwind slog, and then enjoying some good surfing waves, before the final slog back into the wind to finish at Trader Jack’s. Ngakau Toa’s men’s and women’s crew kept their winning form from the iron races, taking out the Pacific Cup and the Pacific Paddle.

The oe mapu had a fun day at Muri Lagoon on Thursday ending with the Oe Mapu super heroes prizegiving at the Islander hotel with guest appearance from NZ’s Tiki Taane handing out the winning medals. 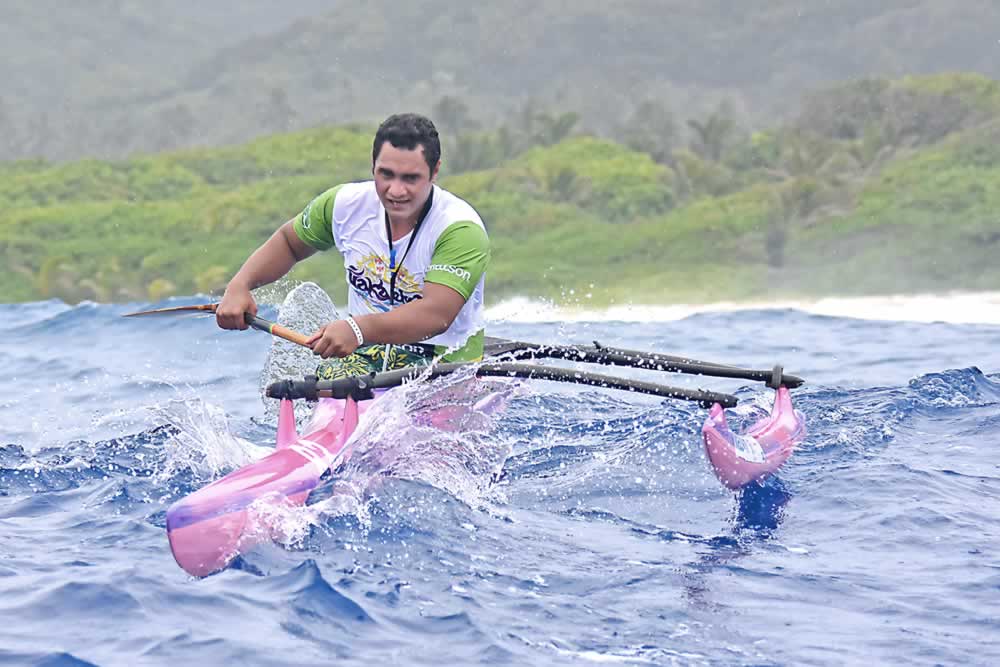 The week wrapped up with the popular mixed Round Rarotonga race on Friday vying for the Bob Worthington Memorial trophy. Strong wind and waves around the south east side of the island meant crews had to race a 34km course on the lee side of the island, but the scenery was just as spectacular and racing just as fierce with still good challenging conditions. Cook Islands crews took out the top three spots with a mixed Ngakau Toa/ Te Tupu o te manava open crew in first, and Ngakau Toa’s masters mixed crew taking 2nd spot and their open mixed crew taking 3rd spot on the podium. 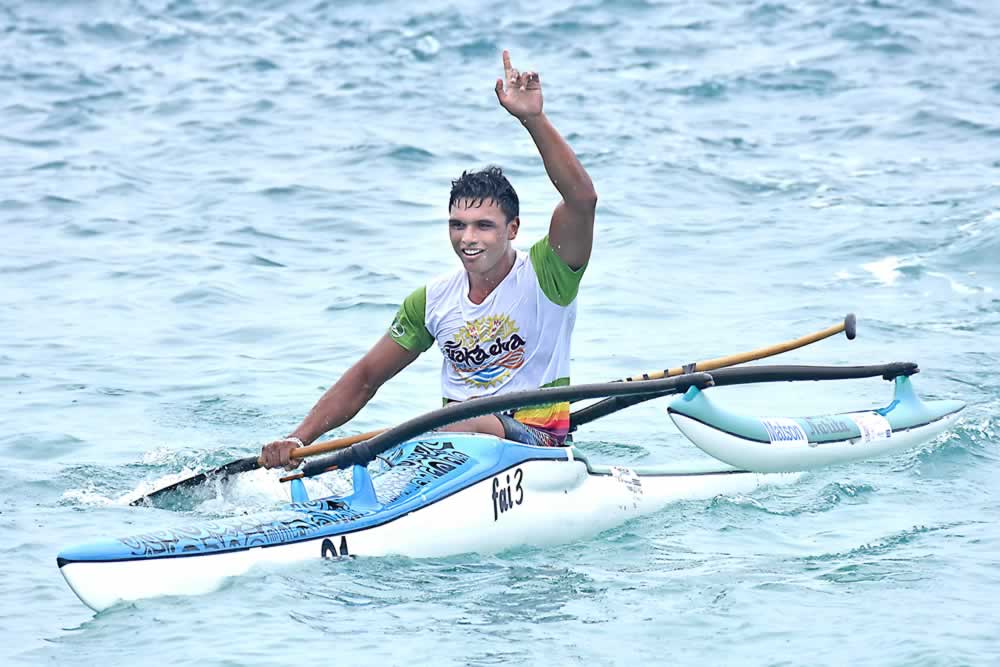