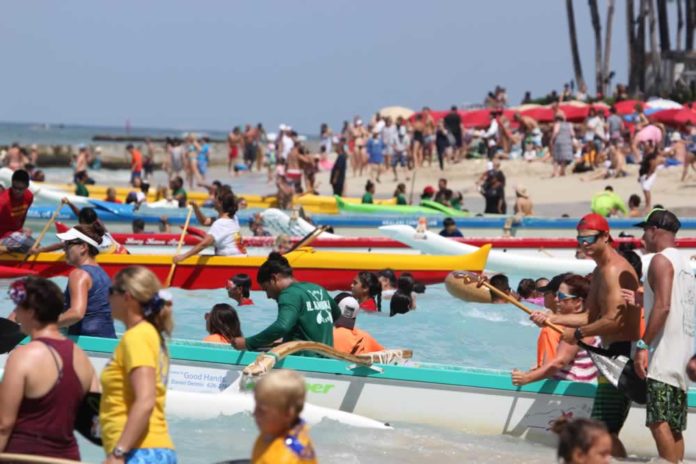 Clubs from the Oahu Canoe Racing Association gathered at Waikiki Beach with their fiberglass canoes.

The race was named after Macfarlane after his death in 1943. At the time, he was the Outrigger Canoe Club’s president and a Territorial Legislator for Hawaii. Outrigger Canoe Club was already planning a 4th of July race at Waikiki as part of the Kamehameha aquatic carnival and decided to name it after him. 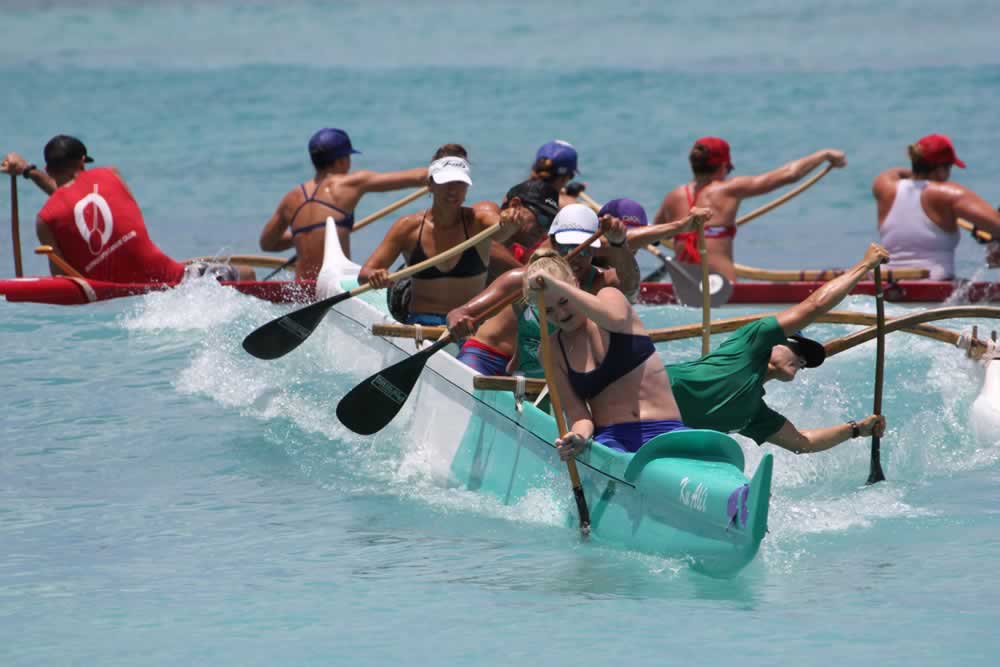 The races are held in front of the Royal Hawaiian and Moana Beach Hotels. When the race first began, they were the only hotels in Waikiki.

The 4th of July regatta is one of the most anticipated events of the year. It’s a time to celebrate our nation’s birth date plus a chance to compete in the surf. This year the waves were manageable with few hulis or interference with tourists on floaties. Jet skies patrolled keeping people off the course and the lone starter boat avoided the small sets coming in.
The first race of the day was to honor the nation’s military. There were crews from the island’s five branches: the Army, Navy, Air Force, Marines, and Coast Guard. The winners will get their names on the USS Arizona Memorial Trophy. 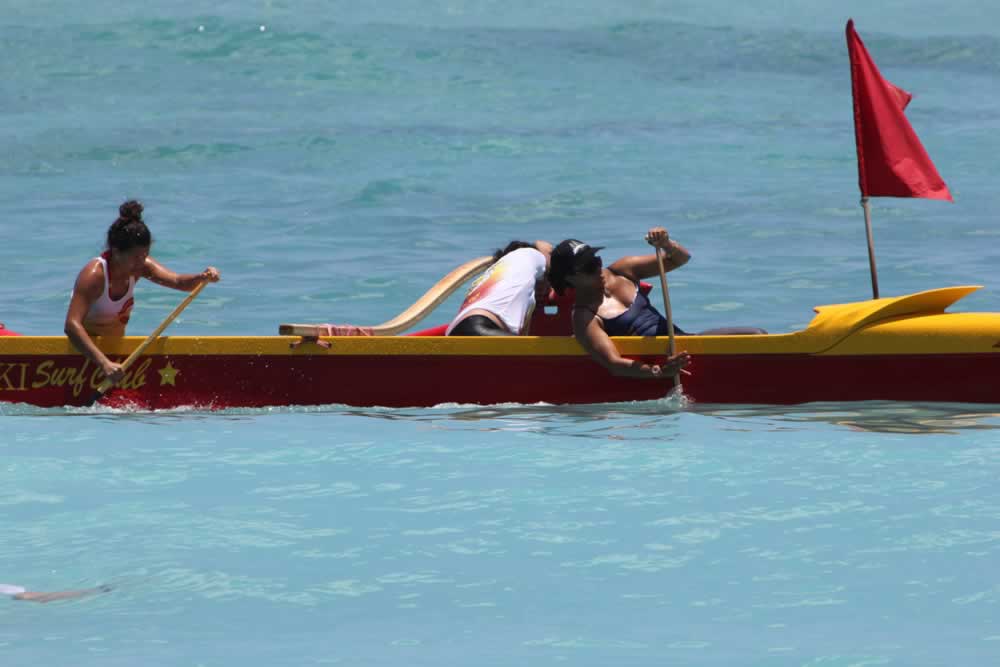 About 1,450 paddlers took part in 42 events. Paddlers range in age from 8, Skylee Hashimoto in the Girls 12 from Waimanalo to Florence Apa, age 87, a Women Master (70) with Anuenue.

The winners of the most prestigious races of the day, Senior Men, will have their names added to the Walter Macfarlane Memorial Trophy, and got to drink champagne from it at the ceremony. Tradition holds that they share a round with second place finishers. This year Lanikai got to drink first from the silver cup then let Outrigger have a turn.

Now to be memorialized on the trophy are the crew of Nick Foti, Levi-Jordan Goeas, Manny Kulukulualani, Jack Roney, Igor Sobreira and Karel Tresnak, Jr. The top three finishers were Lanikai 11:07.75, Outrigger 11:31.46, and Keahiakahoe 11:40.43.

The Senior Women race for the Muriel Macfarlane Flanders Cup. The winning crew shares a champagne toast from the bowl with the second place crew at the awards.