The Kanaka Ikaika Oahu Champs delivered conditions that tested a paddler’s skills. The wind had been intensifying all week building up to the race, whipping the seas into an agitated state, churning, heaving the water into rowdy waves. Backwash from cliffs added to the turmoil. On race day the winds had calmed down, but it’s effects on the course were scary-to-epic. The first leg, long course, started between Makapu’u and Rabbit Island. From there to Alan Davis was a churning washing machine. Near Sandy Beach, the waves were lining up, creating some epic conditions all the way to the finish at Kaimana Beach where there was a bit of a surprise waiting at the finish. Surf was up! 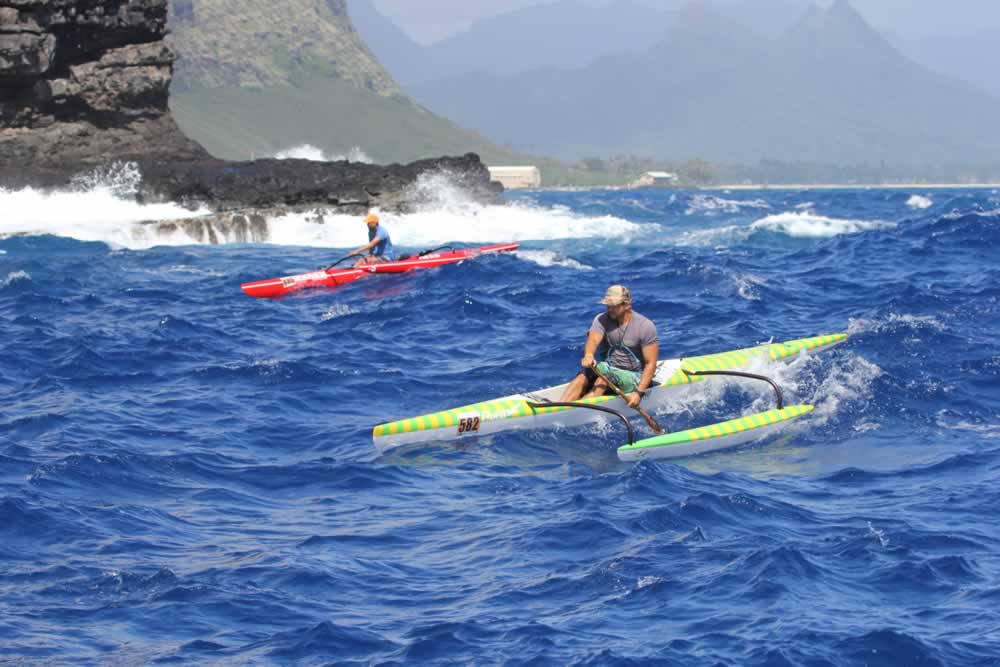 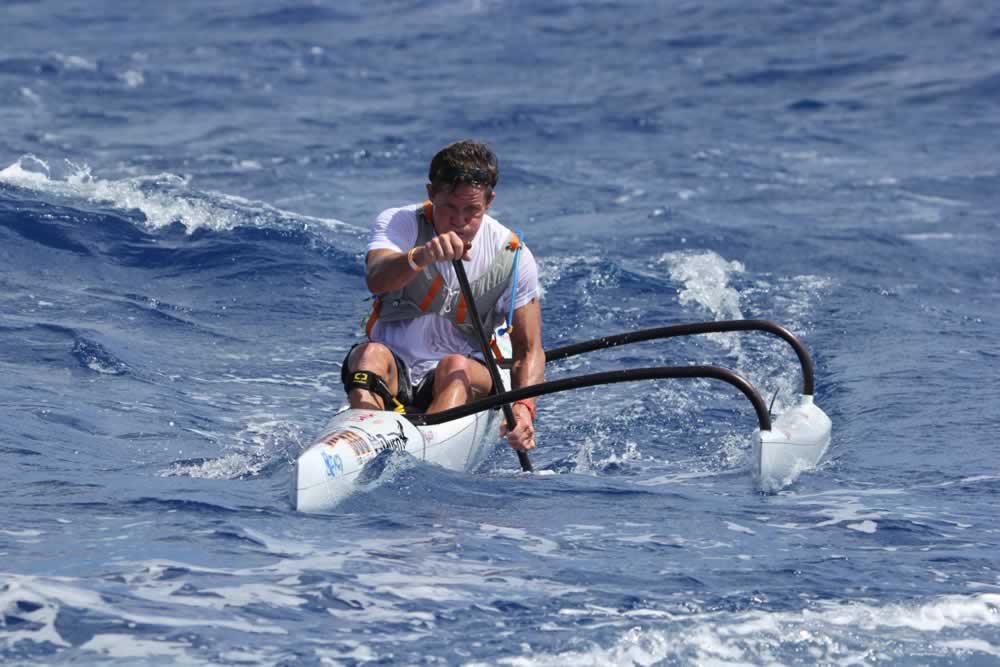 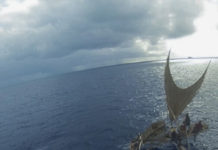